After the Elbert County manager and another employee resigned in June, county resident Jill Duvall asked for copies of their resignation letters and exit agreements.

The county, located southeast of Denver, provided spreadsheets showing payouts for unused sick and vacation leave. But it refused to give Duvall the “resignation and release” agreements signed by County Manager Ed Ehmann and Johanna Sanders, who worked in the finance office. Instead, Duvall received a blank exit agreement template.

“The signed agreements are part of their employee file,” County Commission Chairman Danny Willcox wrote in a July 12 email to Duvall. “According to our legal department, they should not be released. Additionally, the individuals did not want them released, therefore you received the spreadsheets.” 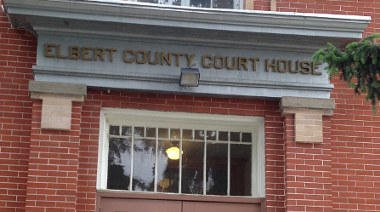 Eight days later, on July 20, the Colorado Freedom of Information Coalition sent a similar open-records request to the county, additionally asking for the resignation and release agreement signed by Wade Gateley, who resigned as county attorney in late June. Duvall had subsequently requested Gateley’s exit agreement and didn’t get that either.

Why were the responses so different? Under the Colorado Open Records Act, “any person” is entitled to inspect public records unless CORA or another state law allows the withholding of those records. If government records are disclosable to the public under the law, they should be made available to anyone who requests them.

Willcox told the CFOIC the inconsistent responses had to do with the recent change in county attorneys. When he denied Duvall’s request, he said he did so based on advice from Gateley. But by the time the county answered the CFOIC’s open-records request, Bart Greer had replaced Gateley as county attorney.

“Our previous attorney, Wade Gateley, said these couldn’t be released,” Willcox said. “When Bart reviewed them, when you (CFOIC) got involved, he said no, this meets the criteria” for disclosure under CORA. “We released them.”

Although CORA requires the withholding of government “personnel files” from the public, employee termination agreements aren’t part of those confidential files as the term has been narrowly defined by Colorado courts, said Ashley Kissinger, a Denver attorney who specializes in First Amendment matters.

Personnel files, under CORA, “means and includes home addresses, telephone numbers, financial information, and other information maintained because of the employer-employee relationship.” In Daniels v. City of Commerce City, the Colorado Court of Appeals in 1999 interpreted the phrase “information maintained because of the employer-employee relationship” to mean information “of the same general nature as an employee’s home address and telephone number or personal financial information.”

By providing Duvall with the payout spreadsheets and the blank exit agreement, Willcox said he was trying to give her the information she requested. “I gave her as much as I thought I could,” he said. “… All she had to do was plug the numbers into that form.”

But Duvall said she should have received the signed agreements showing the final payments. A frequent CORA requester who has run for Elbert County commission in the past, she said this isn’t the first time the county has made it difficult for her and others to inspect government records.

“They see how far you’ll push them,” Duvall said. “They figure most people won’t bother and they’ll just walk away from it. They just deny stuff because they have the upper hand. It gets old. You have to fight over every little thing.”

In this case, “it was strictly two different attorneys’ impressions,” Willcox said. “Hopefully, this gets cleared up and we don’t have any problems in the future.”

A word from the new president: An exciting transition is upon us