Lawyers disagree on whether Colorado’s Sunshine Law permits the Englewood City Council to choose a finalist for the city attorney’s job behind closed doors.

One legal opinion, obtained from the Centennial-based law firm of Widner Juran LLP, says the council may select a preferred candidate in an executive session under the Open Meetings Law (Sunshine Law) provision that allows private meetings on “matters that may be subject to negotiations.”

A dissenting opinion, written by Colorado Freedom of Information Coalition President Steve Zansberg, says the Open Meetings Law forbids the council from doing so under the provision that prohibits decision making in executive sessions, including the adoption of positions. 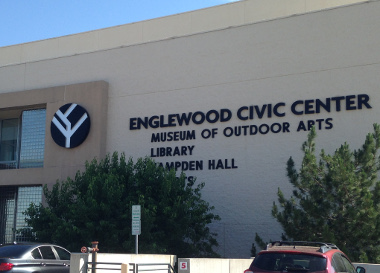 “On its face, a decision made by the City Council to extend an employment offer to an individual is the ‘adoption of a position’ that cannot be performed in an executive session,” wrote Zansberg, a Denver attorney who represents news media organizations. “It is also clear that making such a hiring decision is not ‘determining positions relative to matters that may be subject to negotiations,’ as the Sunshine Law allows.

Zansberg’s analysis was written in response to the Widner Juran opinion, requested by Englewood’s human resources manager, Jayleen Schell. She asked the law firm, which represents local governments in Colorado, whether the city could lawfully conduct an executive session “to select a preferred candidate among a list of finalists” for city attorney and then negotiate terms with that person in a closed-door meeting.

It’s unclear how the city council will proceed Thursday during a special meeting to interview finalists.  After the council received the Widner Juran opinion last month, Councilor Laurett Barrentine quoted the Open Meetings Law during a study session and warned fellow council members that making decisions outside of public meetings is “strictly prohibited.”

Barrentine pressed Mayor Joe Jefferson on the matter during a June 27 study session. Jefferson said he had “no interest in eliminating anyone in an executive session.” But in his mind, he added, no finalists would be eliminated until the council votes to appoint a new city attorney during a public meeting.

Zansberg noted that a Larimer County district court judge in 2011 specifically addressed the question of whether a city council may use an executive session to eliminate finalists for an executive position. Judge Devin Odell ruled that Loveland City Council members violated the OML by meeting behind closed doors to nominate an acting city manager (and later voting on the nomination in an open meeting).

Odell ordered the public release of 40 minutes of executive-session recordings. The city and the Loveland Reporter-Herald announced a settlement in which Loveland paid $25,000 of the newspaper’s legal costs.

In the legal opinion obtained by Englewood, lawyers Robert Widner and Maureen Juran wrote that an executive session may be used to select a preferred candidate for the city attorney’s job if the final appointment is made during an open public meeting.

Choosing a preferred candidate with whom to negotiate, the lawyers concluded, “involves ‘develop(ing) strategies for negotiation’ and is an allowable executive session subject matter.”

But in his Loveland ruling, Odell wrote that “whether to nominate an individual to a position is not a matter of negotiation; rather, it is the Council’s decision, to make as it pleases…Once the nomination was made and the Council voted on the issue, then there may have been matters subject to negotiation,” including the terms of employment.

“To hold otherwise,” the judge added, “would be to render the prohibition against the adoption of positions in executive session meaningless, as the Court cannot imagine many decisions that, in some way, could not be construed as related in a broad sense to a matter that may be subject to negotiation.”

The Englewood council used executive sessions in 2014 to eliminate finalists for the job of city manager. The city announced the hiring of Eric Keck on its website more than a week before the City Council was scheduled to vote on the appointment.