Last February, Marilyn Flachman made what she thought was a simple request for information from Adams County School District 50 in Westminster.

She asked how much each employee of the district is paid.

The public ought to know how the 1,000 or so employees of Adams 50 are compensated, the former school board member and board president reasoned, especially given the district’s recent budget problems. Still involved in school district issues, Flachman also wanted to know for herself.

In Colorado, a public employee’s salary is public information. The Colorado Open Records Act (CORA) is explicit: “compensation, including expense allowances and benefits,” is not part of a public employee’s confidential personnel file. (The Gazette in Colorado Springs publishes an online database of the highest-paid state employees).

More than five months after her initial request, Flachman today is finally getting the information she requested. It took four CORA letters and, eventually, the involvement of an attorney who volunteered his time on her behalf at the request of the Colorado Freedom of Information Coalition.

The district charged Flachman $745.50 for 2,982 paper copies (at 25 cents per page for three years of records) after previously quoting her lawyer $4,000, a price that was to include 100 hours of employee time. But she is less than satisfied. She wanted electronic data, not paper, so the information could be analyzed. And the latest records from her request will soon be out of date.

“What citizen would ask for (public records) if they knew they’d have to wait five months, have to get an attorney, be quoted $4,000 in fees,” Flachman said. “It’s ridiculous.” 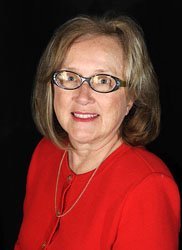 The first time Flachman asked the district for compensation information, she was denied outright. In response to her Feb. 11 letter, which requested a list of employees and their salaries, school district attorney Martin Semple wrote Flachman that the district does not have such a list and is not required under CORA “to create new records or manipulate existing records.”

She reworded her request in a second letter, dated Mar. 22, to ask for “records that show all compensation for all the District 50 employees” for fiscal year 2014-15. The district responded with one page: a pie chart.

Her third CORA letter, dated April 12, clarified that Flachman was requesting records for “each” District 50 employee and that aggregated data was not what she was seeking. “This request is not asking for the district to create any new records,” her letter specified, “but that I am entitled to inspect all records that do exist which contain compensation information.” She also asked that any confidential information in the records be redacted and the remainder be released for inspection.

The district’s response? No such documents exist and the district (once again) is not required to create new records or manipulate existing records. “Accordingly, the District will not provide any public records in response to your request,” Semple wrote.

Flachman’s fourth letter, dated May 13 and written with the assistance of attorney Marc Flink of Baker & Hostetler, spanned four pages and asked in numerous ways for employee compensation information since the 2012-13 school year and/or fiscal year. While waiting to hear back from the district, Flachman received an email from school board Vice President Larry Dean Valente, who characterized her CORA requests as “bullying” and a “witch hunt.”

“If your true desire is for all public employee salaries to be posted by name, then I suggest that your argument is not with us but with the General Assembly who would be charged with passing such a law,” Valente wrote. Flink, in a June 16 letter, urged school district attorney Matt Ratterman “to inform members of the Board of Education that such information is available under CORA.”

The district on June 22 released some records to Flink: pdfs of employment contracts for new administrators, probationary teachers and employees of Colorado STEM Academy. But annual compensation information for most employees would not be released, Ratterman added, because employee compensation notices also contain confidential information such as home addresses.

“The District would need to manipulate the documents to redact private information,” Ratterman wrote. “Under the CORA, the District is not required to create new records or manipulate existing records to respond to a request for public records.”

Flink argued in a June 26 letter to Ratterman that the inclusion of home addresses does not make an entire document exempt from public disclosure. “The District should redact the home addresses in order to produce the compensation information,” Flink wrote, citing several decisions in which courts have ordered the redaction of non-public information.

Finally, on July 10, Ratterman informed Flink that the district would provide Flachman with redacted copies of annual salary notifications mailed to employees. But, Flink reported to Flachman, because it could take 100 employee hours to handle the request, the district expected her to pay as much as $4,000.

Flink then noticed that District 50 does not appear to have a CORA fees policy in compliance with HB 14-1193. The 2014 law caps research-and-retrieval fees at $30 per hour and prohibits governments in Colorado from charging to fill requests without first publishing their fee schedules on the Internet or in some other form.

Without mentioning the district’s lack of an updated research-and-retrieval policy (which district spokesman Steve Saunders said will be updated soon), Ratterman sent another letter indicating the cost would be “approximately $750” for about 3,000 printed pages at 25 cents per page. Ratterman added that District was “copying and manipulating” each of the salary notification letters for Flachman “though it has no legal obligation to do so.”

Flachman said she doesn’t understand why the district wouldn’t just query a database and produce a report on the salary information she requested.

“We live in an electronic world. They have to have the ability to do all sorts of queries,” she said. “It’s unfortunate the district chose to expend taxpayer money to fight this request rather than provide it in an efficient manner electronically.”

Creating a report for a CORA requester would set a precedent that district officials aren’t willing to set, Saunders said. If they do it for Flachman, he added, they would have to do it for everyone who asks.

“We could do nothing but CORA requests all day, every day,” Saunders said. “… It’s a matter of policy and what the state law says. If a record doesn’t exist, we aren’t required to create it.”