The bill, approved 8-3, now moves to the House Appropriations Committee. 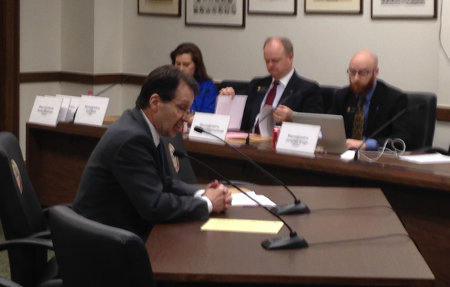 Another amendment requires an employee to follow an internal chain-of-command through appropriate supervisors or superiors before whistleblower protections apply.

A third amendment requires a whistleblower to show “gross mismanagement,” as is the standard in federal law, to reduce the possibility of frivolous suits based on a vague claim of mismanagement.

The strongest opposition came from municipal and county organizations.

Kevin Bommer, deputy director of the Colorado Municipal League, argued the bill was both unnecessary and unfair. “Bottom line: public employees already have a First Amendment right to speak on matters of public concern,” he said. Moreover, the bill as proposed failed to balance government interests.

“There’s nothing in it about how specific allegations must be that stops an unhappy employee” from filing frivolous claims, Bommer said. “My concern is we could waste substantial tax dollars dealing with claims of fraud” that are without substance, he added.

In addition, Dreyer pointed out, the legal mechanisms in the proposed bill would be more affordable and less time consuming than pursuing a case through federal courts, not to mention saving taxpayer dollars.

Carol Gianfrancisco, while working for Denver Public Schools, reported a case of fraud to the state board of education, which ultimately forced a $3.5 million settlement from DPS. In the meantime, Gianfrancisco said, she was shuffled into a dead-end position. “Although a terrible wrong was righted, the process for me was difficult and emotionally draining. It cost me many days of anxiety about my financial situation and the future of my career. It also cost me days of questioning why the system was slanted against those of us who choose to do the right thing.”

Gina Holub, former internal auditor for the Adams 12 Five-Star School District, said she was fired for questioning the district’s accounting and providing inaccurate information to its board. “I couldn’t have imagined what would happen from there,” but the district sent out 42,000 emails to students and parents labeling her “a disgruntled employee” who had shared confidential information. It took her a year to find a job.

“As an auditor, I really felt like I was doing something good, and I really wanted to do something good because it’s taxpayer money. I took my job seriously. It shouldn’t be that you’re not protected,” Holub said. “When it affects your entire life, and it affects your kids…and having to justify yourself and your professionalism…that can ruin you.”

Is the public entitled to know how school bus drivers are disciplined?