Colorado’s state auditor would be authorized to investigate tips about embezzlement, extortion, bribery and other state government fraud under a bill unanimously approved Wednesday by a House committee.

Auditor Dianne Ray took over the fraud reporting hotline three years ago from the state controller’s office. But her office lacks the statutory power to examine books, accounts, vouchers, reports and other records of state departments and agencies without conducting a full audit.

“If there was something we just needed to investigate and not do a full nine or 10-month audit, we did not have the authority to do that,” Ray told members of the House State, Veterans and Military Affairs Committee. 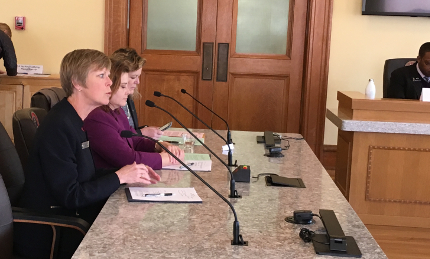 The provisions of HB 17-1223, introduced by Reps. Lori Saine, R-Firestone, and Tracy Kraft-Tharp, D-Arvada, came together last fall in the Legislative Audit Committee. Under the bill, anyone could anonymously report allegations of fraud committed by a state employee or a state contractor.

That includes other state employees who “have an internal perspective and often can identify fraudulent behavior in their department before law enforcement can,” Saine said.

“There are a lot of state agencies that would like to know if fraud is occurring in their departments,” she added.

Law enforcement authorities, a local district attorney or the state attorney general must be notified if an investigation uncovers evidence of illegal transactions or the misuse or embezzlement of public funds or property.

Investigative reports and related work papers associated with the auditor’s hotline would not be considered public records under the Colorado Open Records Act. But the auditor would be required to post an annual report about the hotline on its website starting in fiscal year 2018-19.

Like the state’s whistleblower law, HB 17-1223 prohibits retaliation against state employees who provide hotline tips, unless they disclose information “with disregard for the truth or falsity of the information.” That would apply to state contractors too.