A required “cooling-down period” aimed at resolving open-records disputes without litigation continued its easy journey in the Colorado legislature on Wednesday.

HB 17-1177, approved by the House 65-0 last month after being completely rewritten in committee, passed unanimously in the Senate State, Veterans and Military Affairs Committee.

The bill, which now heads to the Senate floor, requires a 14-day waiting period if someone who is denied records under the Colorado Open Records Act (CORA) wishes to challenge the denial in court. During that time period, the records custodian must speak with the requester in person or by phone in an attempt to resolve the dispute. 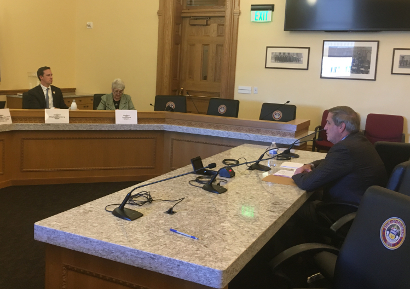 But if the requester explains in writing why he or she has an “expedited need” for the records – a news reporter working on deadline, for instance – CORA’s current three-day notice of intent to sue would be in effect and no meeting would be required.

Sen. John Cooke, the Greeley Republican sponsoring HB 17-1177 in the Senate, called the current system “dysfunctional” because it forces people into court to resolve open-records disputes. His bill, he said, requires a “cooling-down period” so that the parties can “sit down and talk and see if they can work it out.”

As the Colorado Freedom of Information Coalition highlighted in a report last summer, filing a lawsuit is the only legal remedy for challenging a records denial in Colorado. Because CORA suits are not common, it is assumed that most people give up rather than take on the expense and effort of going to court.

At least 26 other states, however, offer some sort of dispute-resolution process as an alternative to suing the government.

As introduced in the House, HB 17-1177 tried to encourage mediation between the requester and government entity by limiting court costs and attorney fees if the parties didn’t participate.

Groups representing records requesters balked at the original proposal, and several government entities also opposed it. None have expressed opposition to the revised version.

“We’ve had our fears alleviated about the bill,” said Richard Orf, lobbyist for Associated Governments of Northwest Colorado. “We believe this bill now puts in best practices and gets two opposing sides talking.”

The required meeting in the bill may involve “any method of dispute resolution,” such as using a professional mediator, if both parties agree and share the cost.