It’s long overdue for one of the absurd practices of some Colorado government offices to end. Specifically, Senate Bill 17-040 has been proposed in the Colorado General Assembly to close a loophole created by officials and bureaucrats avoiding their responsibilities to provide citizens access to the information which everyone always has agreed is public.

When a request is made to a government office for information that same office already recognizes as public, if it is in an electronic form (i.e., one for which a digital copy be made often in a matter of seconds), the requesting citizen should be able to get a copy in that form. Today that is not always the case because a minority of rogue government offices make it as difficult and as expensive as possible for persons requesting information those offices readily admit already is public. 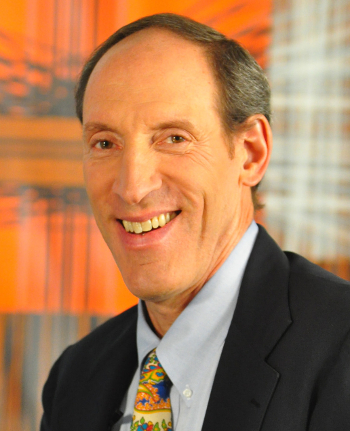 Digital records provide members of the public making such requests an opportunity to get the information they need and easily do whatever analysis they want. It also is easiest for the government office to provide the requested information in this form due to the ease of copying a file on its computer system.

However, a minority of government offices at all levels – municipal, county and state – have intentionally adopted the practice of offering information only in a physically printed format. This allows them to charge a per-page fee as well as make it next to impossible for the requesting party to do any kind of re-organization of the data or analysis of the information.

My own direct, firsthand experience with government officials at the state, municipal and special-district level proved there were those who intentionally tried to make it difficult to get public records. These multiple occasions where government officials intentionally violated the spirit and even the letter of the law were meant to frustrate the legal and appropriate use of public information.

In one case, a quasi-government agency actually sued me as a way to try and get a court to rule they didn’t have to release public information. I won the case but, due to the way the law works, the agency, by being the first to go to court, avoided paying my legal fees or compensating me for the time I lost. This is unfair to Coloradans who cannot afford the time and expense of litigation but who are entitled to public records.

In another case, eons ago, when I requested a copy of a voter registration list from the Secretary of State’s office, the response was it would be provided in the form of a printout which would number hundreds of thousands of pages and be unusable – all at a cost of thousands of dollars.

Thanks to a young, brand-new attorney named Ken Salazar and the generosity of law firm Sherman & Howard and senior partner Joe Bronesky, the then-secretary of state backed down and agreed to provide the information in the digital format we requested. The office’s cost ultimately was about $100 rather than the $25,000+ it originally wanted to charge us.

So, in the end, the office did 99 percent less work, our cost was 99 percent lower, and many trees were saved. But citizens should not have to go to court every time they make an open records request, especially where there is no disagreement the information is public. Unfortunately, some government officials try to make the process as difficult, time-consuming and expensive as possible. SB 17-040 will go a long way toward solving this problem.

Simple logic and reasonableness force all rational persons to conclude anyone requesting information from a government entity already in a digital format should have his or her request for an exact digital copy honored.

With the current session of the General Assembly about to come to an end, it’s time to pass SB 17-040 and make government work for the people instead of making people do costly and totally unnecessary work.