The federal appeals court in Denver has been asked to decide a First Amendment question involving the botched Oklahoma execution of Clayton Lockett and the doctor who oversaw the injection of legal drugs into the convicted killer in 2014.

The state of Oklahoma wants to prevent Lockett’s family from using the doctor’s name in court filings, even though a lawsuit brought by the family previously identified him as Johnny Zellmer and multiple news organizations such as The Atlantic and the Tulsa World have published his name.

Lockett’s estate, represented by his brother Gary, is appealing a federal judge’s dismissal of the lawsuit, which claimed that the 43-minute execution of Lockett was unconstitutionally cruel and that he was “slowly tortured to death.” 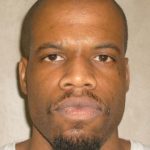 In a motion filed with the U.S. 10th Circuit Court of Appeals in July, lawyers for the state of Oklahoma said Gary Lockett’s use of the doctor’s name in court filings is intended “to harass an individual that he suspects is a member of the Lockett execution team.” Noting that an Oklahoma statute protects the identities of individuals who participate in execution proceedings, the state wants the doctor to be referred to as “Dr. Doe” or some other pseudonym.

The Lockett family is represented by Denver attorneys David Lane and Kathryn Stimson. They argue that the Oklahoma statute means only that the state is not required to divulge the names of execution team members, and that preventing others from divulging the names would be an unconstitutional prior restraint of free speech.

Under the First Amendment, Lane and Stimson say in court documents, Oklahoma “has no ability or authority to gag anyone from publicly naming the execution team members nor prevent a court document from being so filed.”

“The Defendants in this case were all volunteers for the execution team,” the lawyers wrote in their Aug. 14 response to the state’s motion. “… Who these people are and what they did are clearly matters of great public concern. Whether they were trained or qualified to attempt to kill Mr. Lockett forms part of the subject matter of this litigation.”

“One of the costs associated with participation in public affairs is an attendant loss of privacy,” adds the brief filed by Lane and Stimson.

Also arguing for identifying the doctor by name are the American Civil Liberties Union and Doctors for the Ethical Practice of Medicine. Both organizations filed friend-of-the-court briefs in the appeals case.

The doctors’ organization contends that “medical ethics extend to doctors participating in executions” and that a court ruling protecting the identities of such doctors “would preclude accountability for misconduct and prevent the profession from carrying out the crucial function of overseeing the conduct of its members.”

The ACLU argues that “the public’s First Amendment right to engage in public debate about the constitutionality of Oklahoma’s past and future executions” outweighs the state’s interest in keeping the names of execution team members confidential.

A federal judge previously sealed court documents that include the doctor’s name and required the use of a pseudonym for the execution doctor in subsequent court filings. A similar order is in in effect until a panel of appellate judges considers the Lockett estate’s appeal.

Despite what a police officer said, the editor of The Colorado Independent didn’t violate HIPAA