State lawmakers advanced legislation Monday that would require the Colorado Department of Corrections to let crime victims and prosecutors know the locations of inmates who are incarcerated out of state.

Sens. John Cooke, R-Greeley, and Rhonda Fields, D-Aurora, introduced Senate Bill 18-014 partly in response to the DOC’s unwillingness to reveal the prison where James Holmes, the Aurora movie theater killer, is behind bars. His location was kept from survivors and their families for more than a year until it was revealed last fall that he is serving his life sentence in a federal prison in Pennsylvania.

Theresa Hoover, whose son AJ Boik was one of 12 people murdered by Holmes in 2012, told the Senate Judiciary Committee she wondered whether the killer was imprisoned near his family in California. “Were his mother and father able to speak with him on a regular basis? After all, I was unable to speak to my son,” she said. 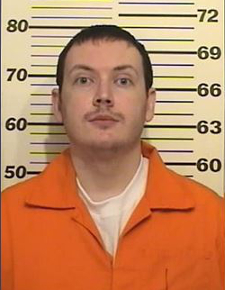 In a free and open society, Cooke said, “we don’t have secret prisons and we don’t have secret jails,” but that hasn’t always held true for Colorado inmates who are housed out of state for their safety or other reasons. The bipartisan bill, which passed the committee on a 4-0 vote, requires prosecutors and victims to be notified within 48 hours after a prisoner is moved to another state, except in limited circumstances.

The requirement wouldn’t apply, for example, if an inmate is a witness and the DOC director determines that disclosing his or her location would endanger the inmate, corrections staff or other prisoners.

An amendment to the bill establishes a process for resolving disagreements between prosecutors and the DOC director over whether an inmate’s location can be revealed.

Travis Trani, the DOC’s director of prisons, testified that the department supports the rights of victims and the “basis” for SB 18-014. He explained that Colorado inmates are sometimes moved out of state “to mitigate instances of gang violence, serious staff assaults and to protect certain high-profile offenders.” In “special circumstances,” he said, it is sometimes important to avoid identifying an inmate’s location.

“The department didn’t play games with the victims … especially in the Aurora theater shooter’s case,” Trani said. “We couldn’t disclose the location safely, where the offender was at. We were sympathetic to the victims, but it wasn’t safe to disclose. We felt like he would be injured and then staff would have to intervene and possibly be injured as well.”

Bryon Sparling, DOC’s associate director of offender services, said more than 100 Colorado inmates are being housed out of state under the Interstate Corrections Compact. Currently, he added, the department would have concerns about releasing the locations of only “three or four” out-of-state offenders.