If the cost of obtaining public records is too high, information that rightly belongs to everyone is off limits for many.

Set fees too low and government agencies worry their employees will be bombarded with unreasonable, voluminous records requests that keep them from other duties and must be filled at taxpayers’ expense.

This was the tug-of-war battle behind HB 14-1193, which won final passage in the Colorado General Assembly on Tuesday and now awaits the signature of Gov. John Hickenlooper. The bill attempts to strike a balance on the cost issue that satisfies both requesters of public information and the state-and-local government agencies that maintain these records for the public.

If it becomes law, the Colorado Open Records Act (CORA) will specify research-fee parameters for the first time since it was enacted in 1969. 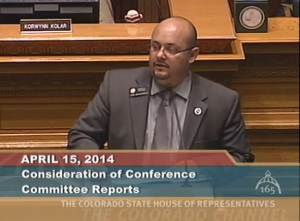 CORA has said nothing about how much local governments and the state are allowed to charge for researching and compiling public records that aren’t criminal-justice records. The law addresses only the cost of data manipulation and computerized records, and it limits copying charges for most documents to 25 cents per page.

With state statutes silent on research-and-retrieval fees, governments in Colorado have set their own rates with some guidance from the courts that many lawyers say is ambiguous. As a result, fees for public records are “all over the map,” according to a 2013 report by Colorado Ethics Watch.

Hourly research prices can reach $50 in Aurora while Denver charges $35 per hour after the first 30 minutes. Lakewood also starts charging after the first half hour, but its fees are based on the “hourly rate, including benefits, of the least technically trained person capable of performing the search/retrieval.”

The governor’s office and several state agencies require $20 per hour to process records requests that take more than two hours of staff time, but fees vary among other state government entities. The Colorado Department of Human Services charges actual staff hourly rates and benefit costs to compile records after two hours’ time. The legislature’s fee policy is essentially the same as in HB 14-1193.

The bill, sponsored by Democratic Rep. Joe Salazar of Thornton and Democratic Sen. John Kefalas of Fort Collins, sets a maximum hourly rate of $30, with the rate adjusted for inflation every five years, and it mandates that the first hour of work be provided to the requester at no cost.  The legislation also prohibits governments in Colorado from charging for public records without first publishing their fee policies on the Internet or in some other form.

“It certainly addresses one of the main problems we pointed out last year,” said Luis Toro, director of Colorado Ethics Watch. “How much it costs to access public information shouldn’t depend on whom you ask or what county you live in.”

Requesters of public information and governments both welcome a level of certainty. Requesters generally like knowing what, if anything, they’ll have to pay for records. Many governments in Colorado didn’t oppose the bill because it more or less codifies what they already charge. Each side likes the fee-schedule provision (which the Colorado Court of Appeals ruled last year was not a requirement of the current law).

Still, no one is saying that HB 14-1193 is a perfect solution, and it’s not hard to predict how the law might be abused.

Requesters, for instance, hope governments and agencies that currently charge less than $30 per hour and provide two hours for free don’t switch to the maximum rate and give away just one hour. (Geoff Wilson, general counsel for the Colorado Municipal League, predicted that most local governments that currently charge less than the cap will keep fees as they are now).

Governments, meanwhile, will be on the lookout for sneaky requesters who try to avoid fees by splitting large CORA requests into smaller ones and asking governments to spend no more than 59 minutes on each request (Kefalas made his intent clear in a Senate committee: Such attempts should be treated as single requests).

Other potential problems might be less obvious.  When Deputy Attorney General David Blake testified on the bill last month, he warned of the consequences if lawyers charge budget-conscious governments more than $100 per hour to review complicated CORA requests but the agencies are reimbursed only $30 per hour.

First Amendment lawyer Steve Zansberg, president of the Colorado Freedom of Information Coalition, also sees the potential for litigation under HB 14-1193, but for a different reason.

While the bill sets an hourly rate cap, Zansberg noted, it doesn’t address the total cost of filling records requests – a function of hours multiplied by the hourly rate. Therefore, he said, case law requiring costs to be “nominal” (legally defined as “trifling, especially as compared to what would be expected”) still applies.

For large CORA requests that require many hours of research, there’s a good chance requesters will still dispute total charges.

HB 14-1193 “makes matters better than they were before” because the hourly rate is capped and fee schedules must be published, Zansberg said. “But there still remains a high degree of ambiguity and judges will need to resolve that ambiguity, and that’s a costly undertaking both for citizens and the government.”

Withheld records about Denver housing advisory committee do not reveal ‘give and take’ and must be disclosed, judge rules