A judge on Friday ordered Adams County to describe records withheld from a lawyer who is fighting the impoundment of a pit bull that bit a mail carrier two years ago.

District Court Judge Ted C. Tow III gave the county seven days to produce a privilege log to help animal rights attorney Juliet Piccone determine whether 64 emails about the dog and its owner should have been provided to her in response to a Colorado Open Records Act (CORA) request. 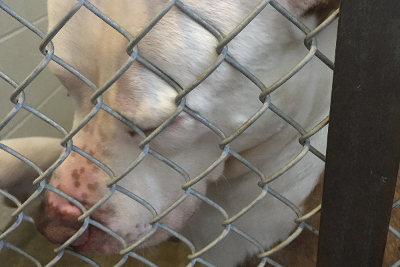 Piccone’s lawsuit, filed in September, claimed she had “no way of knowing what materials were withheld” because the county merely cited CORA’s attorney-client and attorney work-product exemptions in denying a portion of her request.

At a court hearing on Oct. 27, Piccone told the judge she was entitled to know “how many communications there were, who they were between, when they were made, and what was the general subject matter, without (the county) divulging particular legal advice that may have been given.”

“I had no choice but to file this lawsuit even to find out how many documents were being withheld from me,” Piccone said.

Assistant County Attorney Juliane DeMarco argued that nothing in CORA or case law requires a government entity to create a privilege log. “There is no language in there that says, in denying inspection, the (government) should provide an individual listing … There is nothing that says an index is required.”

Tow denied the county’s motion to dismiss Piccone’s suit, stating he could not “determine at this time that no violation (of CORA) occurred.”

After Piccone receives the privilege log, the judge wrote, she could file a new motion for sanctions against the county if she still believes it violated CORA by improperly withholding records.

Piccone has a separate federal lawsuit against Adams County and Northglenn on behalf of the pit bull’s owner, Serena Campbell. The suit alleges that Campbell’s constitutional rights were violated when the dog was “illegally” seized and ordered destroyed. The dog, named Baby, has been has been held at the Adams County Animal Shelter since 2014.