Rochelle Reynolds had lots of questions after her 25-year-old son, John, died following an early-morning encounter with police in the western Colorado town of Olathe in April 2015.

The Montrose County coroner ruled the death a suicide: John Reynolds, a registered sex offender with an active felony warrant for his arrest, fatally wounded himself with a sword-shaped letter opener before being Tased by an officer and then handcuffed.

For Rochelle Reynolds, who lives in Akron, Ohio, the bizarre circumstances of John’s death were difficult to grasp. She couldn’t understand how her son had the strength to charge at a police officer – who used his Taser on Reynolds multiple times – while suffering mortal stab wounds. 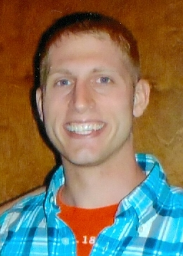 “Someone who is internally bleeding cannot have that kind of excessive energy to harm somebody else,” she said.

So Reynolds decided she would learn as much as possible about what happened to John the morning of April 25, 2015.

“I wanted to know what my son went through,” she said. “I needed to read everything and find out what he went through because he was my son.”

But asking for police records in Colorado doesn’t necessarily mean you’re going to get them. Olathe’s town attorney twice denied requests made by Rochelle Reynolds’ lawyer for police files on the events leading up to John Reynolds’ death. The town attorney’s second denial was issued after the police officer had been cleared.

In mid-January, the Colorado Freedom of Information Coalition finally obtained records for Rochelle Reynolds – a bundle containing more than 400 printed pages and 14 computer disks. But her pursuit of the documents illustrates how the criminal justice records law in Colorado sometimes keeps people in the dark – even a mother who is trying to understand how her son died.

Last fall, after she asked the Olathe police chief about the records, Rochelle Reynolds hired an Ohio attorney to make the request on her behalf. The attorney, Donald Varian Jr., sent a letter dated Sept. 11 requesting a “complete and unabridged copy” of all files related to a April 25 traffic stop involving John Reynolds and his subsequent death.

In a letter dated Oct. 1, Olathe Town Attorney David Masters responded: Disclosure of the records “would be contrary to the public interest.” No further explanation was given.

Varian tried again in a letter dated Oct. 8. This time, he noted there are “no charges pending, actions in a grand jury, or other potential criminal charges resulting from this case.” He added that Masters “had failed to outline any public interest that is or would be put in any jeopardy by the disclosure of” the records.

Varian’s letter continued: “It raises great issues in this family’s mind that this police department and your office is actively and intentionally concealing evidence, concealing documents, avoiding the neutral evaluation of the documents, and placing the family in a position where they will have to proceed with the appropriate request by law and through a public demand for the records of their son’s death while in the custody of the police.”

On Oct. 16, Masters again responded to Varian: The town of Olathe “declines to provide the records on the ground that disclosure would be contrary to the public interest.” Again, no explanation and no indication as to whether the records might be made available sometime in the future.

The timing of Masters’ second denial letter is noteworthy.

A day earlier, on Oct. 15, the district attorney for the Seventh Judicial District announced that no charges would be filed against the police officer who used his Taser on John Reynolds. His report on the case – eventually obtained by the CFOIC – is dated Oct. 7.

This means the DA had completed his review of the investigation into John Reynolds’ death at least nine days before Masters again asserted it would “contrary to the public interest” to give Rochelle Reynolds’ attorney any records on the case.

The Colorado Criminal Justice Records Act permits law enforcement agencies to withhold police records – other than specific records of “official action” – if they determine that disclosure would be “contrary to the public interest.”

In making this determination, which frequently is used to withhold investigatory records while an investigation is ongoing, the Colorado Supreme Court has ruled that a criminal justice agency must balance private and public interests as well as its own interest in keeping confidential information confidential.

In Freedom Colorado Information Inc. v. El Paso County Sheriff (2008), the state Supreme Court also addressed the need for records custodians to articulate their grounds for withholding records. In that case, then-El Paso County Sheriff Terry Maketa denied The Gazette’s request for the internal investigation file on a former deputy sheriff. The Supreme Court ordered Maketa to explain his reasoning so that the district court could understand whether the denial was proper under the law.

Zansberg said the Court’s ruling “announced a requirement for custodians to articulate their reasons why disclosure is contrary to public interest,” even though there are no consequences for not doing so.

The Olathe town attorney’s failure to explain to his reasoning in the Reynolds case “constitutes an abuse of discretion,” he said.

The CFOIC twice asked Masters, the town attorney, why the records on John Reynolds’ death were withheld from his mother’s lawyer. Both times he declined to provide an explanation. He also wouldn’t say why he granted the CFOIC’s Nov. 11 request for the records when the other requests were turned down.

“With respect to your question of why the records were withheld in October 2015, it was the Town’s position that disclosure would be contrary to the public interest,” Masters wrote.

“The Town does not wish to disclose the factors that it considered in taking that position.”