Update: The database of Colorado state statutes can now be downloaded here.

The state legislature no longer will charge thousands of dollars for copies of its annually updated database of the Colorado Revised Statutes and ancillary information such as source notes and editors’ notes, the Committee on Legal Services decided Friday.

The committee, which includes members of both the House and Senate, also voted to stop copyrighting the ancillary information. There is no copyright on the laws themselves.

Now, anyone who wants the giant database of state laws to create an online search engine or some other application can get it for free. The Office of Legislative Legal Services has been charging vendors $2,000 to $6,000 for the database, depending on the version. 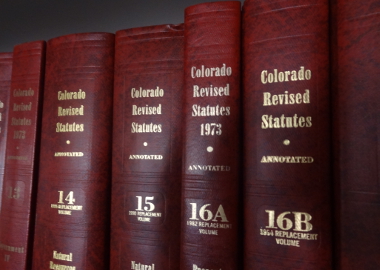 Revisor of Statutes Jennifer Gilroy recommended the changes, noting that “taxpayer dollars pay for the creation of these original works.” She said the copyright isn’t necessary and would be difficult to enforce because the state puts the information on the Internet.

Offering the database at no charge will help ensure that people get accurate information about state laws, Gilroy said.

“Accuracy is my biggest concern,” she told the committee. “And if we make (the database) more available for entities that are interested in creating electronic resources for searching Colorado law, and they’ve relied on our database, it actually brings me comfort. And yes, it’s a public product. It’s created by state-paid staff.”

Gilroy said it takes staff about three months to build the database after each year’s legislative session. “It’s not the law that we’re selling,” she noted. “…What we are selling, basically, is a convenience, a package that we have coded, formatted, ensured the accuracy, done all the revision work on.”

The state puts PDFs of the Colorado Revised Statutes online and the laws are searchable for free via LexisNexis. But someone would need the database itself to create a new application.

Only LexisNexis and two other vendors bought the database last year, generating $16,000 for the state’s General Fund. In the past, as many as eight vendors purchased it, Gilroy said. She said someone requested it last year under the Colorado Open Records Act, and she provided it at no charge.

The committee votes were unanimous. Sen. Mike Johnston, D-Denver, said he appreciated “the spirit of making this maximally available to people at no cost to them.”