Public records aren’t supposed to be prohibitively expensive – that was the goal of a new state law capping research-and-retrieval fees.

So we were surprised to see the $2,440 estimate that Ronald Pace of Peyton received in October after he asked to review reports on a proposed wastewater treatment facility prepared by a consultant for the Woodmen Hills Metropolitan District in Falcon near Colorado Springs. 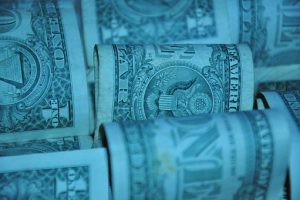 “I can’t afford it and they know it,” said Pace, who has made numerous public records requests of the Woodmen Hills district. “They’re just making it cumbersome to get records.”

Maybe they were. But are they now?

On Thursday, the CFOIC had left a message with the Woodmen Hills district, asking to speak with the records custodian about how much the district charges to fill requests from the public. We spoke with Pace on Friday morning (he had previously emailed us information about his CORA requests).

The phone rang shortly after we hung up with Pace. It was Mark Bolton, an attorney who represents the Woodmen Hills district. He said the request for a $2,440 deposit from Pace “was issued in error and the district has already sent a new response quoting attorney time at $30 an hour.”

“The district’s policy is that attorney review costs $30 an hour after the first hour,” Bolton said. That is not spelled out in Woodmen Hills’ CORA policy, which was last amended June 25.

Why had Pace been quoted $475 per hour? “I don’t know the answer to that,” Bolton said. When had the error been noticed? He didn’t know that either. As of Friday afternoon, Pace said, he had not received any new correspondence from Woodmen Hills with a different deposit amount reflecting the lower rate.

This wasn’t the first time since July 1, when the new state law went into effect, that Woodmen Hills has quoted Pace much more than $30 per hour for its attorney to review public records to make sure privileged information is not released. On Aug. 19, the district responded to a CORA request, asking for $1,105 – including four hours of attorney time at $235 per hour – as a deposit.

Judge: Only ‘enumerated’ records of the Denver Health and Hospital Authority are subject to CORA