Colorado’s securities commissioner is fighting a lawsuit that claims his office refused to fulfill a Colorado Open Records Act (CORA) request “unless and until” the requester identified his client.

In a complaint filed last month in Denver District Court, Texas-based consultant Wayne Dolcefino alleges that an assistant Colorado attorney general, representing Securities Commissioner Gerald Rome, “violated the spirit, intent and design of CORA” by asking Dolcefino to name whether the client was one of several people and companies that he listed.

CORA does not require a requester “to discuss his or her identity or affiliation, explain the reasons for the request, nor does it oblige the requester to explain what he or she will do with such records,” Dolcefino’s lawsuit says. “It is the government’s obligation to explain its justifications for refusing a CORA request, not the requester’s burden to explain him or herself.” 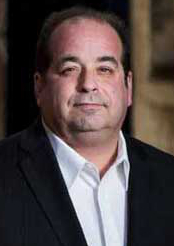 Rome answered the complaint last Friday by filing a motion to dismiss the case on the grounds that he did not deny Dolcefino access to any public records in his custody.

The motion acknowledges that the commissioner “requested the identity of Dolcefino’s client who sought the information” for an August 2017 CORA request. But this was done, it says, to keep Rome from violating any discovery rulings made by a special master in litigation involving his office and HEI Resources, an oil and gas company with operations in Texas.

“The commissioner’s response … would depend on whether the requester was an HEI litigant,” Rome’s motion says, citing a CORA provision that allows the withholding of records if their inspection is prohibited “by the order of any court.”

“Seeking (the) identity of the requester was not a ‘denial’ of records,” the motion adds.

Dolcefino, who was an award-winning investigative reporter for KTRK-TV in Houston for many years, has made numerous requests for public records from the Colorado Division of Securities. His lawsuit says he is investigating allegations that the agency “has exaggerated their success in winning and collecting judgments in enforcement actions.”

In an interview with the Colorado Freedom of Information Coalition, Dolcefino said he never sought records that are part of any ongoing litigation. “I was asking for old stuff, stuff that’s done,” he said. “What did your office collect?”

The name of his client, whom he still hasn’t identified, doesn’t matter, Dolcefino told CFOIC. “Let’s assume I’m working for the devil, the guy with the worst possible motives in the world. I still get to ask for the records because they’re public records.”

Dolcefino’s lawsuit also alleges that the securities division provided “wholly unusable” documents in response to his request for records on restitution and judgments won by the agency. It says a subsequent request for emails, demand letters and receipts for payment produced no responsive documents after a five-hour search, which the lawsuit calls a “laughable” attempt to locate records.

“They did not want to play with me unless they figured out what I was up to,” Dolcefino said. “I think it is one of the most abusive examples of trying to circumvent the public’s right to know, and I’ve seen a lot of them.”

But Rome, in an interview with CFOIC, said Dolcefino “lacks some level of understanding” about how his office operates and what records it maintains. His motion to dismiss the case says the Division of Securities doesn’t handle civil collection efforts and that many of the records Dolcefino seeks may be in the custody of Colorado Central Collections within the state Department of Personnel and Administration.

The records Dolcefino requested have “already been provided, may be in the custody of another agency, or simply do not exist,” the motion contends, adding that the Division of Securities created spreadsheets for Dolcefino that it wasn’t required to produce.

Rome said it’s “absolutely not true” that his office has exaggerated its enforcement history, as Dolcefino claims. And even though Dolcefino didn’t identify his client, he still got the records he requested, Rome told CFOIC.

“We didn’t deny his CORA requests,” he said. “The bottom line is we provided him the information.”

Judge: State law protects privacy of those who ask for library books to be banned or reclassified