Internet sites that publish mug shots and then charge hefty fees to take them down are the target of a bill introduced this week by Rep. KC Becker, D-Boulder.

HB 14-1047 would require that commercial websites remove a booking photo free of charge if the arrested person makes a request in writing and that person was not charged with a crime, charges were dropped or the person was acquitted. A website could be sued for damages for failing to comply.

Mug shots taken when people are arrested and booked are public records in Colorado, and they frequently are published on the websites of newspapers and other news organizations.  Becker’s bill is aimed at websites that demand payment – sometimes hundreds of dollars – to remove photos, and it specifically exempts websites run by newspapers, periodicals, wire services, news syndicates and radio and TV stations. 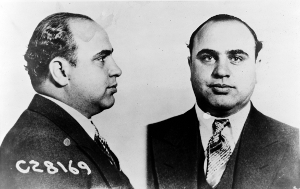 But the exemption may be too limited, said Emily Grannis, the Jack Nelson Legal Fellow at the Reporters Committee for Freedom of the Press. While it’s good the measure takes a narrow approach, “addressing bad actors” rather than adjusting the public records law, Grannis said the bill as drafted might cause problems for independent journalists and news bloggers because they are not specifically excluded from the definition of a commercial website.

“Granted, those people are probably not charging to remove mug shots, but there is some question as to what would happen if an independent blogger put up a mug shot and someone demanded that they take it down,” she said. “They don’t fit into the affirmative definition of commercial website, but they also don’t fit into the exempt categories.”

Still, Grannis said Becker’s approach is much better than a bill in the New Jersey legislature that would ban the public release of a mug shot until the arrested person is convicted. HB 14-1047 is more like a Georgia law approved last year, although that measure makes it unlawful to charge for removal of a mug shot. Any penalties under Grannis’ proposal would come as the result of a civil action.

The New York Times reported last October that more than 80 online mug-shot businesses have sprung up since an ex-convict created Florida.arrests.org in 2010. The businesses gather booking photos from jail websites, and some charge $30 to $400 or more to take the photos down from their websites.

SB 14-034, a bill to strengthen the reporters’ shield law in Colorado, also was introduced soon after the General Assembly convened Wednesday.

As we previously wrote, the proposal is in response to the ordeal of New York-based Fox News reporter Jana Winter, who faced the possibility of jail time for not revealing the names of confidential law enforcement sources for a story on Aurora movie theater gunman James Holmes.

The bill’s sponsor, Republican Sen. Bernie Herpin of Colorado Springs, has planned a news conference for Monday, Jan. 13, at 11 a.m. He said a hearing in the Senate Judiciary Committee is set for Wednesday, Jan. 15.

Protests over police brutality and racism lead to gains in transparency