In Colorado, the exchange has delayed answers on public records requests but officials never claimed that they were not subject to the Colorado Open Records Act. That was true even though our legislature created the exchange as its own entity outside of state government — a public nonprofit called Connect for Health Colorado. In states where the exchange is part of state government, they must comply with open records laws, which can produce faster results than FOIA. 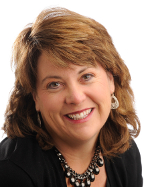 The trick is to make relatively narrow requests so they aren’t delayed or denied. If the request is just right in Colorado, officials must supply the information within three business days. This fall, I learned that our exchange managers were trying to get raises and bonuses behind closed doors in executive session – even after our exchange had a poor launch and enrollments were lagging below projections. I put in a request for executive salaries and had the information within three days. I did a story and members of Congress were furious. Needless to say, those requests for bonuses and raises were shelved – at least for now.

Here are some ideas for requests that could be helpful in learning about what has occurred in the exchanges over the last few months. Here’s a preliminary list for information that would be helpful:

Katie Kerwin McCrimmon is the senior writer for Health News Colorado, an independent nonprofit that provides in-depth coverage of health care and health care policies in Colorado. This article originally appeared on the website of the Association of Health Care Journalists and was reprinted with the author’s permission.