The following editorial has been reprinted with permission of The Daily Sentinel.

By The Daily Sentinel (Grand Junction)

Give state Sen. Bernie Herpin of Colorado Springs credit for understanding not just the Second Amendment on guns, but also a critical component of our system of government: A free press, protected from undue influence from prosecutors and others in government, is necessary to act as a watchdog for our government.

Herpin introduced legislation last week aimed at strengthening Colorado’s shield law for journalists in an effort to make it more difficult for authorities to demand that reporters reveal their confidential sources.

Herpin is a freshman Republican who replaced former Democratic Senate President John Morse, who was ousted in a special recall election last September. That recall effort was primarily about Morse’s support of controversial gun-control measures adopted by the Colorado Legislature last year, and his refusal to listen to many of his own constituents on those issues. Herpin has made it clear that he is a strong supporter of the Second Amendment and people’s rights to own guns. 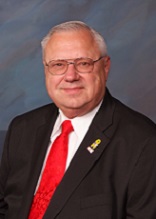 In fact, Herpin is so convinced of the need to strengthen Colorado’s shield law that he said getting his bill passed will be his top priority in the current legislative session.

His bill would make Colorado’s shield law more like the one in New York, where authorities seeking a subpoena against a journalist must prove the information they want from the journalist is “critical or necessary” to a court case. In Colorado currently, they must only show the information is “directly relevant” to a case. That’s a significant difference and a much lower bar for authorities to overcome in order to force a journalist to reveal his or her sources or turn over notes.

Herpin said he got the idea for his bill after following the court case against FoxNews.com reporter Jana Winter, and her battle not to reveal who gave her information about alleged Aurora theater shooter James Holmes’ notebook that he mailed to a psychiatrist shortly before the July 2012 rampage.

Winter was threatened with jail time in Colorado if she did not reveal her sources, but in December a New York court rejected the argument that she be compelled to come to Colorado to testify about those sources.

Winter’s case is the most high-profile recent one in which journalists have been under attack in this country for simply doing their jobs. But other cases, at the federal and state level, indicate the watchdog function of the press is continually threatened by courts and government officials.

Herpin is right to try to strengthen the shield law. We hope lawmakers on both sides of the aisle will support his effort.