A brief filed Thursday by the Colorado Freedom of Information Coalition and several news and journalism organizations asks the U.S. Supreme Court to hear a First Amendment records case, deemed “vital to Colorado journalism,” that was brought by The Colorado Independent.

The state’s high court, it says, failed to properly evaluate whether the public has a qualified constitutional right of access to the records. Allowing that decision to stand “significantly limits the right of access to court records in the state.” 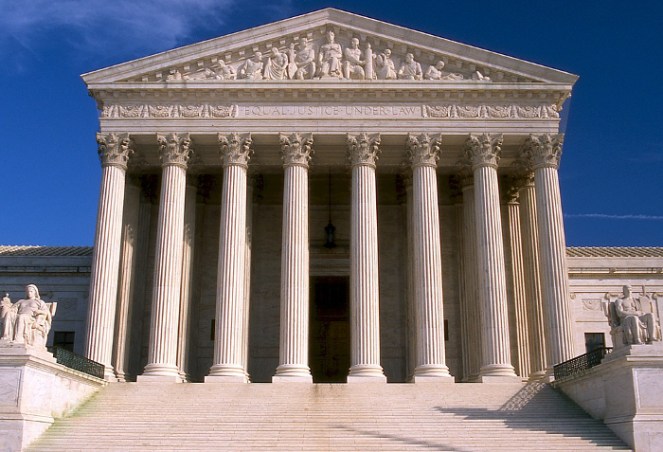 “Under the current state of Colorado law, access to criminal court records is rooted in an inadequate statutory scheme that regularly deprives the public of information about the justice system,” the amicus brief states. “Because journalists depend on timely information to inform the public about criminal justice issues, a meaningful standard of access to case records is critically important.”

The Colorado Supreme Court’s five-page opinion, issued June 11, was in response to The Independent’s effort to get a trial judge to justify the continued sealing of four documents in the Owens case, including a transcript of a closed-door hearing and the judge’s order on a substantive motion.

As The Independent’s attorney, CFOIC president Steve Zansberg argued that Coloradans have a qualified First Amendment right of access to court records, citing a 1966 case in which the Longmont Times-Call challenged the constitutionality of a state statute that restricts access to court pleadings to only the parties in a case and their counsel. The Colorado Supreme Court held then that to construe the statute as it was written “would raise serious questions of constitutional law involving freedom of the press.” It referred to the 1966 opinion in a ruling years later, writing that the court had applied a “constitutional interpretation of the statute.”

But in their June 11 ruling, the justices wrote that “while presumptive access to judicial proceedings is a right recognized under both the state and federal constitutions, neither the United States Supreme Court nor the Colorado Supreme Court has ever held that records filed with a court are treated the same way.”

Zansberg and his law firm, Ballard Spahr LLP, asked the U.S. Supreme Court to review the decision in a 112-page petition filed Sept. 28 on The Independent’s behalf. The petition argues that the Colorado court’s ruling “conflicts with the rulings of this Court (SCOTUS) and the unanimous view of other state and federal appellate courts that the access right applies to these types of judicial records.”

In the amicus brief, Leslie and the First Amendment Clinic write that the Colorado Supreme Court failed to recognize the applicability of what is known as the “experience and logic” test, adopted by the U.S. Supreme Court in 1986 to weigh public access under the First Amendment to judicial proceedings. The test requires a court to evaluate “whether the place and process have historically been open to the press and general public” and “whether public access plays a significant positive role in the functioning of the particular process in question.”

Applying the test to records, in addition to court proceedings, “comports with the understanding that court records are themselves a type of proceeding,” the brief says.

In addition to CFOIC, the organizations supporting The Independent’s certiorari petition include: the Colorado Press Association, the Colorado Broadcasters Association, The Denver Post, The Gazette (Colorado Springs), The Durango Herald, the Fort Collins Coloradoan, The Daily Sentinel (Grand Junction) and The Greeley Tribune.

The amicus brief explains how access to court records in Colorado is governed by both the Colorado Criminal Justice Records Act and a directive from the Chief Justice of the Colorado Supreme Court. Together, they “presume to create a broad right of access to court records but have instead created a system that in practice interferes with the public’s receipt of information about the judicial system.

“With no meaningful standard for suppressing case information and a cumbersome system for unsealing case files, the public is left in the dark.”

The brief cites recent stories by Denver Post reporter David Migoya which revealed that thousands of civil and criminal cases have been hidden from public view, including felony cases that remained secret even though the defendants had been convicted and sentenced.