“No such records exist.”

A response like that from a court clerk, a prosecutor’s office or a criminal justice agency can be puzzling for journalists and members of the public who are certain that a case file in fact does exist on a person they’re asking about.

Maybe the arrest made the news and charges were filed. Or the requester is sure the person was convicted. But now, when he or she asks for records, it’s like nothing ever happened.

Reporters have been more likely to get a no-such-records-exist response since the Colorado legislature in 2016 adopted a simplified and expedited process for sealing the criminal records of defendants who are acquitted or have completed a diversion agreement or a deferred sentence, or their cases are dismissed.

A court can order sealing right away so that nothing shows up on a criminal background check. If asked, according to state law, a criminal justice agency “may properly respond … that no such records exist with respect to the person.” 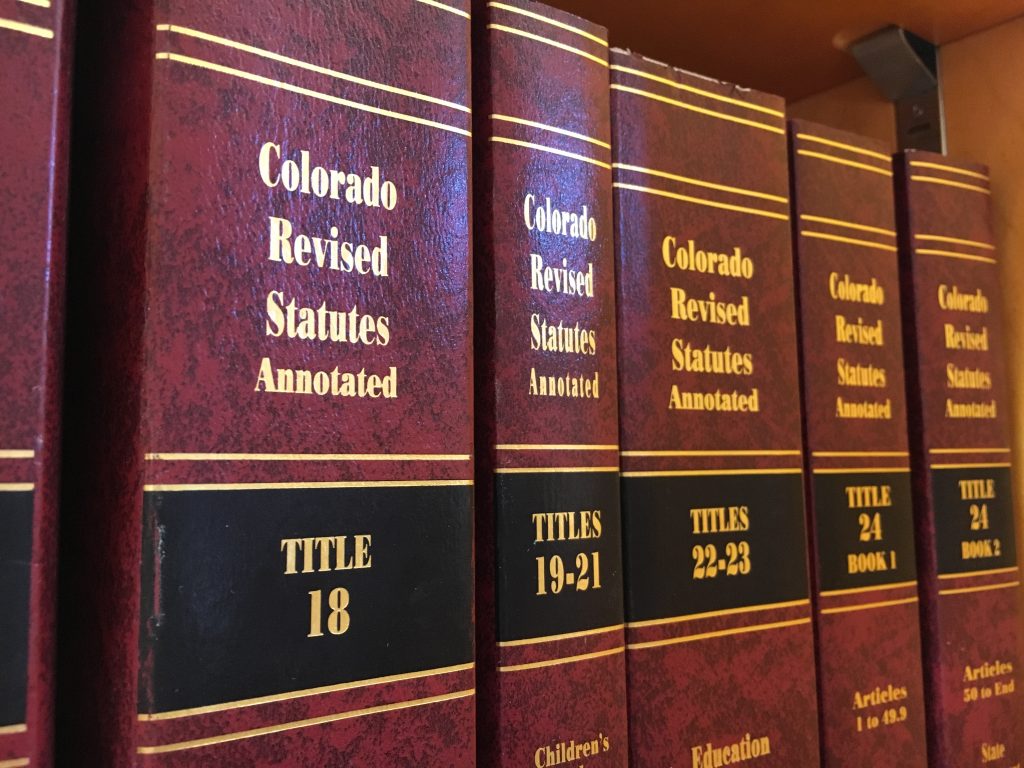 It happened last summer when a Denver sheriff’s sergeant was acquitted of assaulting a handcuffed inmate – a high-profile case covered by several news organizations. The court records were sealed at the trial’s conclusion, although The Denver Post was able to obtain video footage of the incident through an open records request.

It happened last spring when a Windsor man had his case dismissed months after he was arrested and mistakenly accused of being involved in a high-speed chase. Officials with the district attorney’s office in the 18th Judicial District told CBS4 they couldn’t comment because the case had been sealed, although the Douglas County sheriff eventually spoke about it on camera.

It happened again in late January when a judge dismissed all charges against current and former East High School administrators who had been accused of failing to report a sexual assault allegation. The judge’s ruling was sealed, although 9NEWS and some other news organizations obtained copies.

“It didn’t come from me,” said Carolyn Tyler, communications director for the Denver District Attorney’s office. “The statute is in play, and even a judge’s ruling can’t be provided. Some news outlets have asked that it be unsealed. Until then, I’m bound by that.”

Vikki Migoya, communications director for the DA’s office in the 18th Judicial District, said media requests involving sealed cases have become more common since the law changed allowing immediate sealing. “We want to be helpful and transparent, but by law we can’t even acknowledge those cases. I know there are times this has been frustrating for reporters.”

It can also be frustrating for the agencies, Migoya said. “There are times we dismiss a case for legitimate reasons – including that we think the defendant is innocent – and we can’t explain that.”

The Denver DA recently took the rare step of asking a judge to temporarily unseal a defendant’s records in order to explain why it had agreed to dismiss misdemeanor charges against the man, who had been convicted of violating the state’s “peeping Tom” statute – invasion of privacy for sexual gratification. FOX31 had done a story on the dismissal, reporting on the man’s political connections and asking why the criminal case had “vanished from public view.” The reporters quoted DA officials as saying they couldn’t discuss the case because “no such record exists with respect to this person.”

After the records were unsealed last fall with the defendant’s approval, the DA’s office posted its perspective on the case, explaining that “the defendant’s conduct did not constitute a violation of the statute under which he was convicted.” Although the man, while working at a school, had been found to have looked at intimate photos and videos on girls’ cellphones, “the statute is violated only if the perpetrator personally observes or photographs … the victim’s intimate parts,” the the motion to unseal the records says.

The defendant “was convicted, the conviction was vacated and then it was sealed,” Chief Deputy DA Bob Russel told the Colorado Freedom of Information Coalition. “We were unable to respond to the story because the sealing statute prevented us from doing that.”

“I gave the DA four plus months to respond,” FOX31 reporter Chris Halsne wrote in an email to CFOIC. “Only after the story aired did they care to unseal it – I guess to defend the office? Paperwork really didn’t do that in our minds.”

In an interview, Halsne said state law doesn’t prevent the DA from talking about a sealed case. “It just says they don’t have to. To journalists, there is a difference.”

But Russel said the purpose of the statute is to insulate defendants from the consequences of public access to their criminal records. “We would undermine that whole purpose by giving an answer other than the one the statute pretty much tells us to give.”

Sealing does not mean that the files go away, Russel explained. Police departments and the Colorado Bureau of Investigation still have access to them. But the records don’t show up in a background check done, for instance, by an employer or a landlord.

Another statute, similar to the one regarding dismissals, applies to criminal convictions that have been sealed. It allows defendants and criminal justice agencies to “properly reply, upon an inquiry in the matter, that public conviction records do not exist with respect to the defendant.”

Russel noted that new policies in Denver and Boulder regarding past marijuana convictions will lead to “a big raft of cases that are going to be sealed.” Some state lawmakers and Attorney General Phil Weiser also have expressed an interest in making it easier for people to clear their criminal records of convictions for low-level marijuana offenses that occurred prior to the passage of Amendment 64 in 2012.

The legislature also is working on a “ban-the-box” bill that would prohibit most employers from asking about past criminal convictions on initial job applications.

Court of Appeals: A public entity’s records are public under CORA even if kept by a third party

Recommit to transparency during COVID-19 pandemic, CFOIC and other groups urge governments

The Colorado Supreme Court law library is open again, but you can still get civil court records on your laptop at no charge