Update: The Senate concurred with House amendments to SB 17-305 and sent the bill to the governor.

When Colorado’s unaffiliated voters participate in next year’s political party primaries, whether they choose Republican or Democratic ballots should be public information, a panel of state lawmakers affirmed late Wednesday night.

The Senate State, Veterans and Military Affairs Committee approved Senate Bill 17-305 with an amendment requiring county clerks to record “which political party’s ballot” an unaffiliated elector casts. The information, added to the statewide voter registration system, would be subject to public inspection.

“If you voted, that’s a public record. And to establish what election you voted in is an appropriate part of the public record,” said Sen. Kevin Lundberg, R-Berthoud. “Without that, proper auditing of an election is greatly hobbled.” 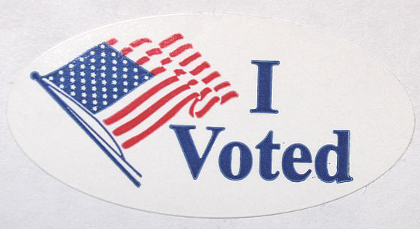 Lundberg is a co-sponsor of SB 17-305, introduced late in the legislative session to implement Propositions 107 and 108, the statewide ballot initiatives approved last fall that restored a Colorado presidential primary and allowed unaffiliated voters to participate in primary elections.

The office of Colorado Secretary of State Wayne Williams also contends that disclosure is necessary to ensure the integrity of elections.

But others defended the notion that many unaffiliated voters choose not to label themselves as Republican or Democrat because they want to be seen as nonpartisan.

Sen. Owen Hill, R-Colorado Springs, said that many people in the military remain unaffiliated because “the military is explicitly apolitical … They were very excited about the fact they could stay unaffiliated and now have the chance to vote (in a primary).”

“Does this have to be public?” said Hill, who proposed an unsuccessful amendment to make disclosure optional. He asked whether election officials could use the information if a recount is necessary, “but it’s not out there on a website the way it is right now.”

Elena Nunez, executive director of Colorado Common Cause, noted that the public plays a role in ensuring election integrity. Political parties and election watchers examine the results along with county clerks.

“It’s hard to imagine that you could keep that information confidential and still have the rigorous election processes that give us confidence in the outcome of the election,” Nunez said.

An election “needs two things,” Lundberg stressed, “how many votes were cast and how many people cast votes. And those numbers need to line up.”

Amber McReynolds, Denver’s director of elections, supported Hill’s effort to let unaffiliated voters decide to keep their primary choices secret. She said six states with open primaries do not require a declaration of primary affiliation, “and they have been canvassing and auditing just fine.”

SB 17-305 was sent to the Senate Appropriations Committee.